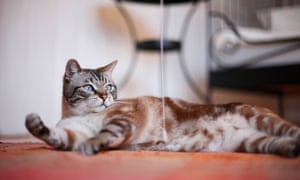 I am locked in a row with Animal Friends pet insurance over the payment of a vet’s bill of approximately £800 for our cat, Feste, after he had treatment for apparently eating a long length of elastic string, which was missing. Feste has form for eating string and he was off colour and distressed.

The vet treated him as an emergency case in February as string tangled in the gut can prove fatal. He gave the cat an endoscopy and a vomiting drug. The string was never found either in the house or the cat.

I told Animal Friends, over a series of calls that day, what was happening. The woman I spoke to said the kind of treatment being proposed was covered and I should not worry.

But after I sent in the paperwork, Animal Friends wrote back declining to pay as I had not seen the cat eat the string. I wrote again with a back-up letter from the vet. When I rang on 5 May it told me it was upholding its original decision.

This is £800 I can ill afford. We have had a Superior Plus policy for both our cats with Animal Friends, costing £11.48 a month each, since November 2014. This is the kind of treatment that I sought insurance for in the first place. LM, London N16

We asked Animal Friends on what basis it had rejected your claim and what situations would be covered by its policy. We also asked why you were initially told to go ahead with the treatment and on what grounds it had rejected the vet’s actions. We never received a reply to these and our other questions, but we are pleased that Animal Friends has decided to pay the £800 vet’s bill less a deductible amount of £99. It simply referred us to you for “an update” on your case.

It would appear the company is somewhat averse to publicity.